Oh little town of Bethlehem how still we see thee lie. Above thy deep and dreamless sleep the silent stars go by.

In fact numerous Hebrew settlements were named starting with “Bet”, such as Bethel (House of God) , Bethkar (House of lambs), Bethlebaoth (House of lions), Bethshean (House of ease), Bethmarkaboth (House of chariots), Beth-ha-karem (House of the vineyard), to name a few.

Besides Yeshua being born there, (which we will get to), the town of Bethlehem is the setting for some significant events in the Old Testament. The following three Bethlehem moments include a birth, a marriage and a death…

Rachel (“ewe”) dies in the vicinity of Bethlehem:

The Old Testament matriarch, Rachel, died in childbirth on the road to Bethlehem and was buried there. Interesting that Rachel’s name means “Ewe” or “female lamb”. In a way she was a sacrificial lamb, sacrificing her own life to give birth to her son Benjamin, on the outskirts of Bethlehem.

Then they journeyed from Bethel; and when there was still some distance to go to Ephrath, Rachel began to give birth and she suffered severe labor. When she was in severe labor the midwife said to her, “Do not fear, for now you have another son.” It came about as her soul was departing, for she died, that she named him Ben-oni [son of my pain]; but his father called him Benjamin [son of my right hand]. So Rachel died and was buried on the way to Ephrath, that is, Bethlehem. Jacob set up a pillar over her grave; that is the pillar of Rachel’s grave to this day.

A Love Story in Bethlehem:

The love story of Ruth and Boaz takes place in Bethlehem.

Now it came about in the days when the judges governed, that there was a famine in the land. And a certain man of Bethlehem in Judah went to sojourn in the land of Moab with his wife and his two sons. The name of the man was Elimelech, and the name of his wife, Naomi…

While trying to scrape out an existence in a foreign land, the sons of Naomi and Elimelech marry Moabite women; one of those women is Ruth. Tragedy strikes and Naomi’s husband and two sons die. Living in uncertainty in a foreign location causes Naomi to turn back to her home of Bethlehem. She tells her daughters-in-laws that they are free to return to their Moabite people, but Ruth has other plans:

But Ruth said, “Do not urge me to leave you or turn back from following you; for where you go, I will go, and where you lodge, I will lodge. Your people shall be my people, and your God, my God” ...So they both went until they came to Bethlehem… Naomi returned, and with her Ruth the Moabitess, her daughter-in-law, who returned from the land of Moab. And they came to Bethlehem at the beginning of barley harvest.

With no financial means Ruth finds herself gleaning scraps from the barley reapers of Boaz’s field. Boaz, a prominent Bethlehemite landowner, visits his workers and notices Ruth:

And so begins the love story of Ruth and Boaz. Eventually they get married…

All the people who were in the court, and the elders, said, “We are witnesses. May YHWH make the woman who is coming into your home like Rachel and Leah, both of whom built the house of Israel; and may you achieve wealth in Ephrathah and become famous in Bethlehem. Moreover, may your house be like the house of Perez whom Tamar bore to Judah, through the offspring which YHWH will give you by this young woman.”

So Boaz took Ruth, and she became his wife, and he went in to her. And YHWH enabled her to conceive, and she gave birth to a son. Then the women said to Naomi, “Blessed is YHWH who has not left you without a redeemer today, and his name shall become famous in Israel. And he shall be to you a restorer of life and a sustainer of your old age...”

Just like Tamar and Perez, this little baby, named Obed, along with his parents, Ruth & Boaz, are all listed in the genealogy of Yeshua (Matthew 1:1-17). Although Obed’s name maybe did not become so famous today, certainly their descendant Jesus, redeemer and restorer of life, did. The women speaking to Naomi were prophetic!

David, the shepherd, is born in Bethlehem:

Ruth was King David’s great grandmother, so it should come to no surprise that David was born and raised in Bethlehem, living the life of a shepherd.

Now David was the son of the Ephrathite of Bethlehem in Judah, whose name was Jesse, and he had eight sons. And Jesse was old in the days of Saul, advanced in years among men… David was the youngest. Now the three oldest [sons of Jesse] followed Saul, but David went back and forth from Saul to tend his father’s flock at Bethlehem.

These are the humble beginnings of David, who would later become King of the Jews. Years later, when King David was on campaign against the Philistines (who had occupied Bethlehem), he recalls and craves the water of his youth:

David was then in the stronghold, while the garrison of the Philistines was then in Bethlehem. David had a craving and said, “Oh that someone would give me water to drink from the well of Bethlehem which is by the gate!” So the three mighty men broke through the camp of the Philistines, and drew water from the well of Bethlehem which was by the gate, and took it and brought it to David. Nevertheless he would not drink it, but poured it out to YHWH. 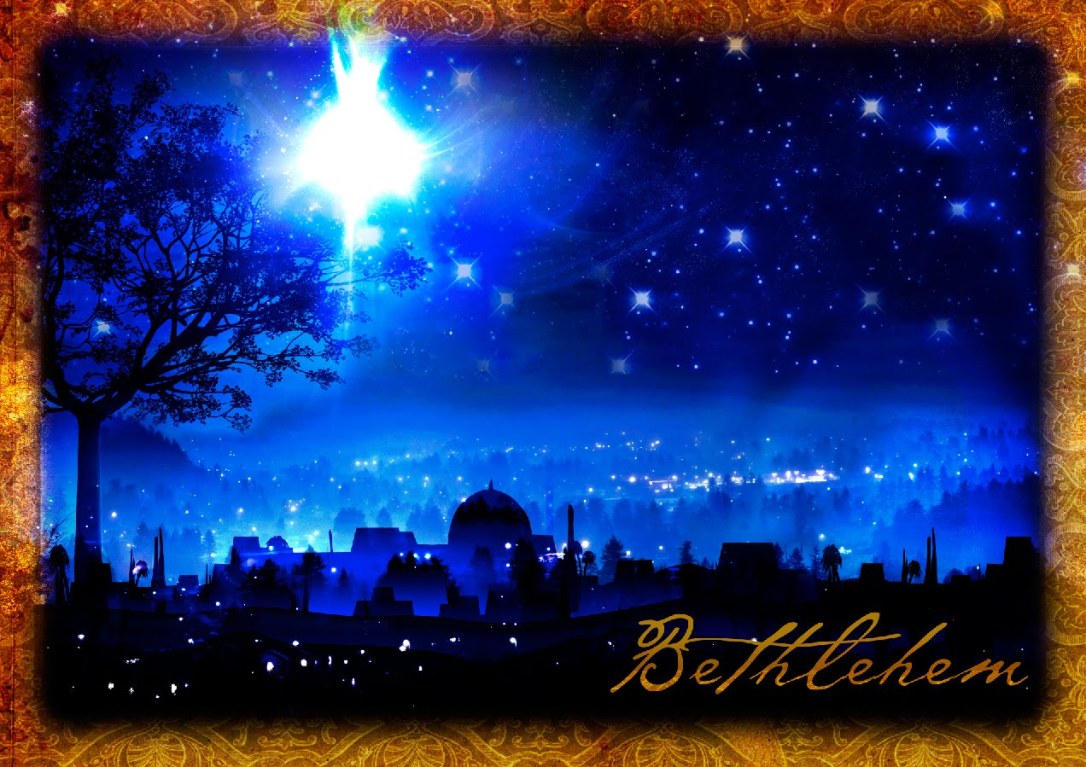 The Prophecy of Bethlehem:

There is another mention of Bethlehem in the Old Testament, a prophecy about Bethlehem and the coming Messiah, the Anointed One:

“But as for you, Bethlehem Ephrathah,

Too little to be among the clans of Judah,

From you One will go forth for Me to be ruler in Israel.

His goings forth are from long ago,

From the days of eternity.”

Therefore He will give them up until the time

When she who is in labor has borne a child.

Then the remainder of His brethren

Will return to the sons of Israel.

And He will arise and shepherd His flock

In the strength of YHWH,

In the majesty of the name of YHWH His God.

And they will remain,

Because at that time He will be great

To the ends of the earth.

This One will be peace.

Yeshua is very clear about it. He is the ONE- born in Bethlehem (the House of Bread) to be the Prince of Peace, the Shepherd to the lost flock, and the Bread of Life:

Then they inquired, “What must we do to perform the works of God?”

Jesus replied, “This is the work of God: to believe in the One He has sent.”

So they asked Him, “What sign then will You perform, so that we may see it and believe You? What will You do? Our fathers ate the manna in the wilderness, as it is written: ‘He gave them bread from heaven to eat.’”

Jesus answered, “I am the bread of life. Whoever comes to Me will never hunger, and whoever believes in Me will never thirst. But as I told you, you have seen Me and still you do not believe….

…Truly, truly, I tell you, he who believes has eternal life. I am the bread of life. Your fathers ate the manna in the wilderness, yet they died. This is the bread that comes down from heaven so that anyone may eat of it and not die. I am the living bread that came down from heaven. If anyone eats of this bread, he will live forever. And this bread, which I will give for the life of the world, is My flesh.”

What can we take away in all of this? There seems to be a correlation between Bethlehem and much of the titles, rich in imagery, surrounding Yeshua:

Above thy deep and dreamless sleep the silent stars go by.

Yet in the dark streets shineth the Everlasting Light,

The hopes and fears of all the years are met in thee tonight.